Thankfulness: A Sacrifice that Honors God 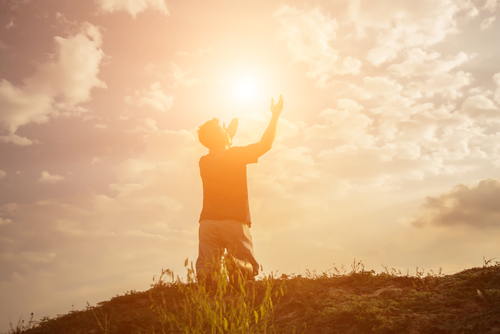 None of us have much doubt of what it meant to offer sacrifices to God under the Mosaic covenant. It involved killing an animal or bird and burning it on the altar as a pleasing aroma to God. This symbolized the sacrifice that Jesus would make someday on the cross which ultimately reconciled us back to the Father and the promise of eternity in heaven.

Both in the Old and New Testaments, we can find mention of sacrificing in ways that don’t involve meat, grain or other tangible things. These sacrifices have more to do with what is inside the heart instead of what is on the outside that we do with our hands.

Psalm 50:14, 23 says, ‘Make thankfulness your sacrifice to God…” “But giving thanks is a sacrifice that truly honors me…” Did you ever think about thankfulness as a sacrifice? We are so prone to going through the motions of being thankful. When we thank God in our prayers, does it just roll off our tongues or do we mean it from the depths of our hearts? God says that giving thanks is a sacrifice that truly honors Him. It should be an easy thing for us to do because of all the wonderful things He has done for us.

We may need to cry out to Him to help us be still and know that He is God. When we can give him our undivided attention He will begin to fill our minds with all we have to be thankful for.

God gives us so much more than we could ever give Him; yet if we will take one step to give up something so that we can offer a sacrifice of thanks, He says it truly honors Him. It doesn’t matter the amount of time or the words that are said, He looks only at the heart. He doesn’t want a sacrifice made with hands but with the heart. This is the sacrifice that truly honors God.